As part of Moving New Orleans Bikes, the City is currently building 75 miles of connected, low-stress bikeway networks across Orleans Parish, including over 10 miles of improvements in Algiers. These Complete Streets improvements, including parking-protected bikeways and bike/walk-friendly boulevards, will create more safety and less stress for everyone on the road – people walking, biking, driving and riding transit.

Construction for Moving New Orleans Bikes in Algiers is currently in its final stages, around the intersection of Holiday Drive and MacArthur Blvd, one of New Orleans’ most frequent sites of harmful crashes. Between 2014 and 2018, at least 123 crashes occurred just at this intersection alone. Many of these crashes, especially the ones involving people walking and biking, are likely preventable with increased and better-designed street safety infrastructure.

That’s why we’re excited for this critically important intersection, less than one block from the Algiers Regional Library, to be made safe so the entire community can be confident on their daily travels. 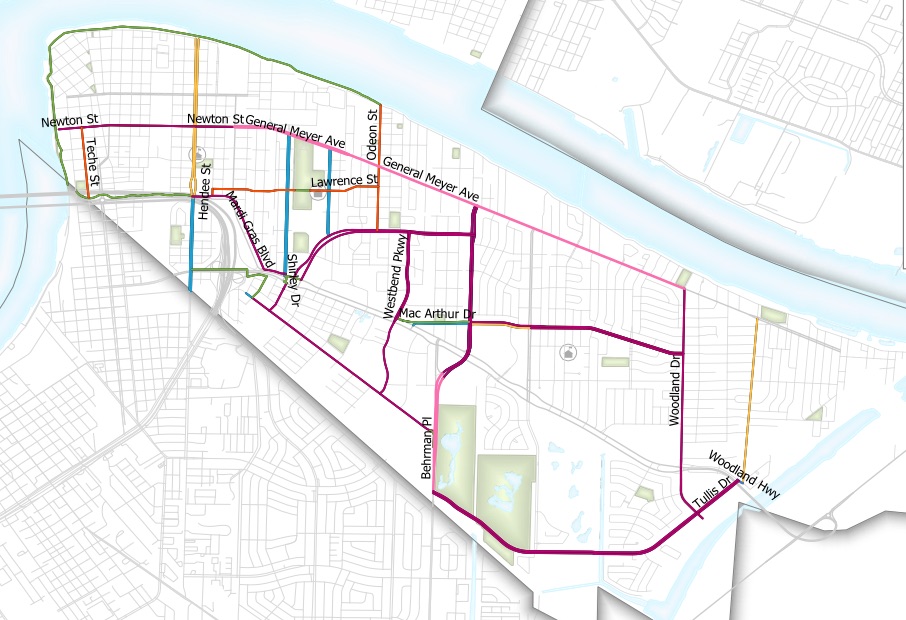 By this summer, because of Moving New Orleans Bikes, residents of every age and skill level will be able to enjoy safe, low-stress rides from Cutoff to the Point, Walnut Bend to Tall Timbers, Old Algiers to Aurora Gardens. Every Algiers resident will have the new option of a low-stress commute by bike from their home to a job in the CBD or French Quarter, all on protected bikeways and bike/walk-friendly boulevards.

Will you sign our petition telling City officials you support Moving New Orleans Bikes, Complete Streets, and more safe and accessible mobility options in Algiers? While you do so, please leave a comment about how street safety improvements will benefit you and your community.