The year 2020 is almost over and it’s been a bumpy ride, to say the least.

We’re looking forward to redoubling our efforts to ensure smoother travels on the road ahead. As we look forward to the new year, we want to look back and take stock of what we accomplished during this difficult year.

Check out some of our biggest highlights and just a few of the new Complete Streets across New Orleans. Progress is being made.

As 2021 begins, we’re asking you to join us for about an hour a month to build this movement for access to better, safer mobility options across New Orleans! Join us for Movement Monthly, an event for volunteers to take part in our campaign, get the latest on new low-stress bikeways and improvements, and help us reach out to potential supporters. 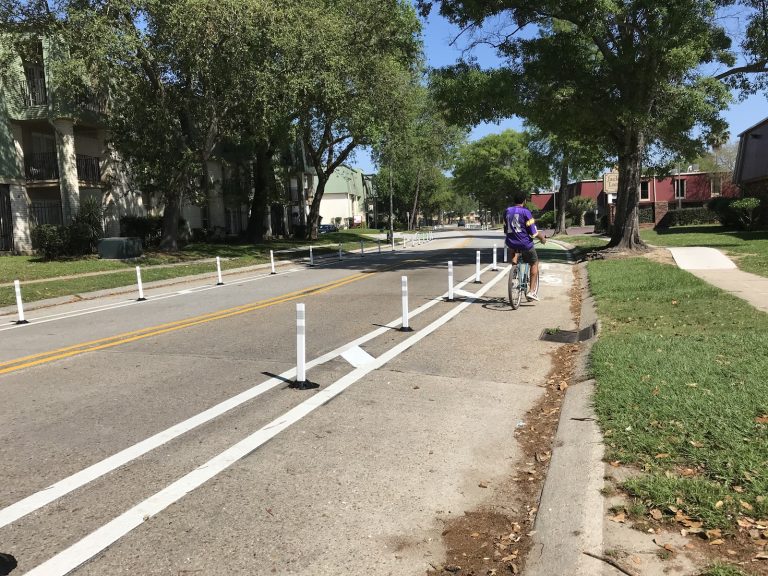 This is one of the new protected bikeways in Algiers, complete with ADA accessible curb ramps and plenty of green infrastructure. This bikeway, along with the 10 other recently improved corridors in Algiers, was named People for Bikes’ #1 bikeway of 2020! 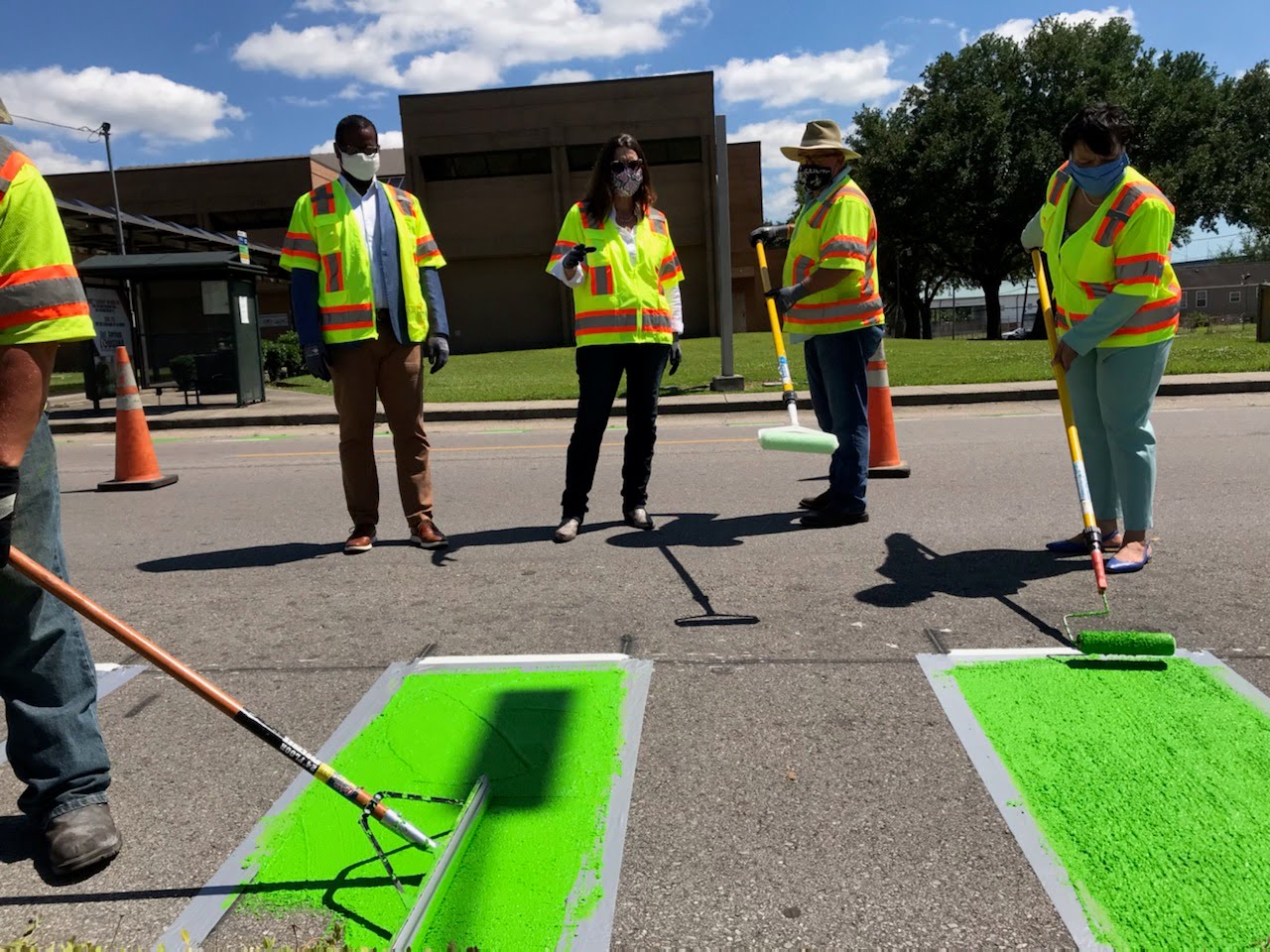 Don’t forget the day that Mayor LaToya Cantrell painted some of the first new bikeways herself. It marked the beginning of the Moving New Orleans Bikes plan to build 75 miles of connected and protected bikeways across the City. 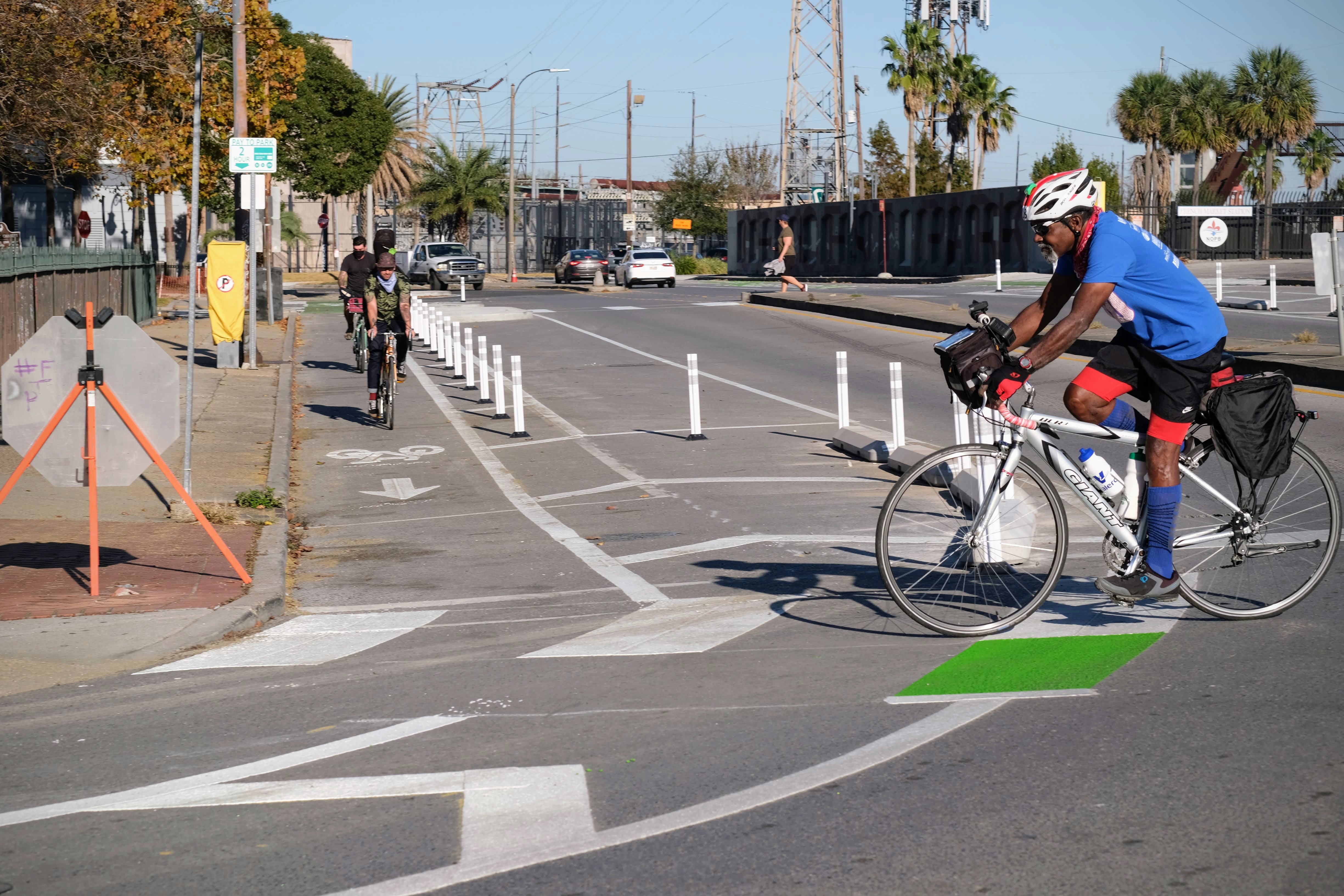 Above is the intersection of Elysian Fields and N. Peters with their brand new street safety and accessibility infrastructure, reducing stress and increasing safety for everyone on these streets. Considering this was one of the most dangerous stretches of road in New Orleans, we’re ecstatic to see these crucial improvements put in place. 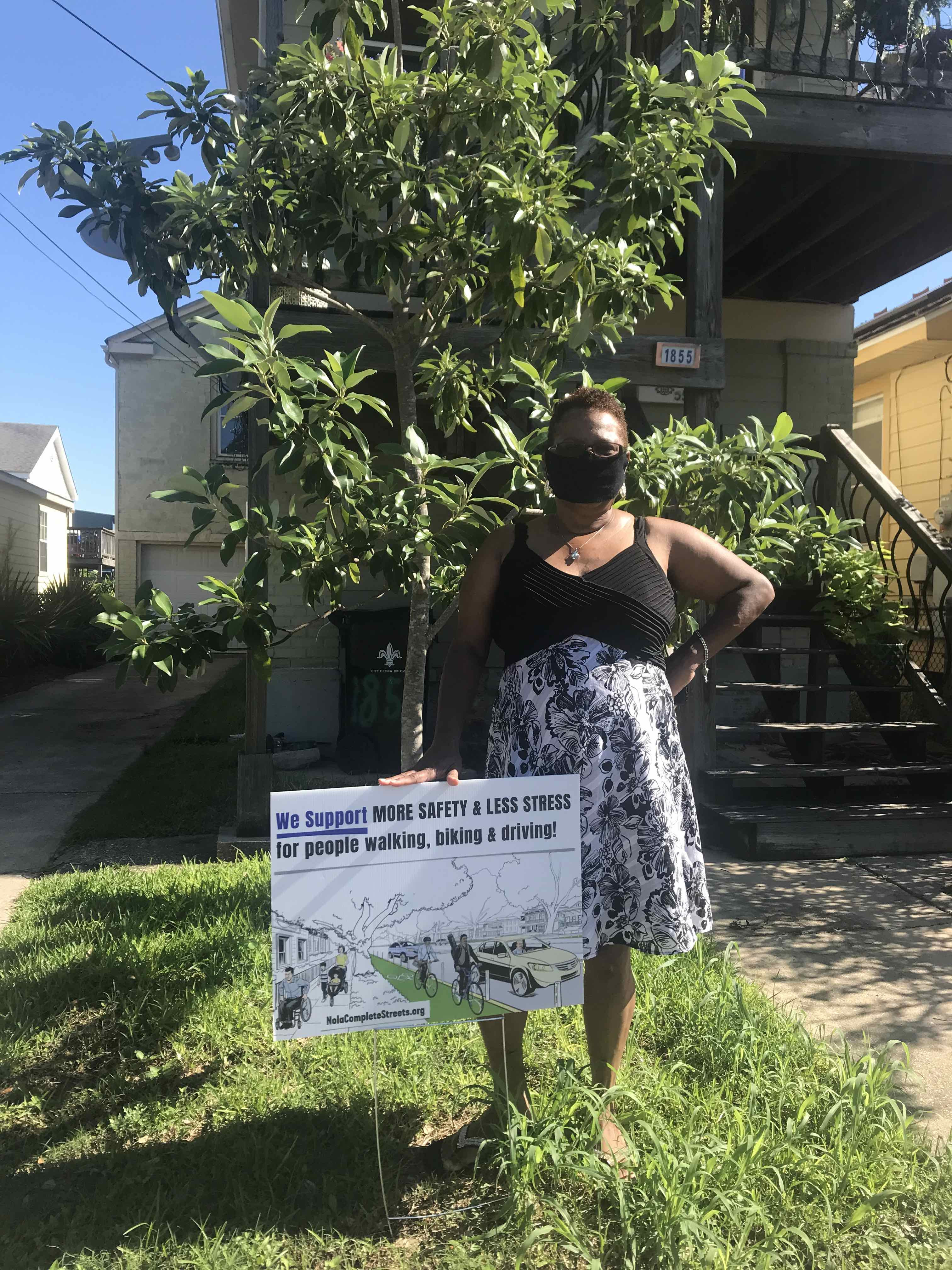 This year, we distributed over 130 yard signs, to community members in favor of more safety and less stress on our stress, like Angela Chalk pictured here. The movement for Complete Streets in New Orleans is growing and we’re excited to see how much bigger it will get in 2021.

2020 was just the beginning. With construction on street safety and accessibility infrastructure soon to begin in Central City, the 7th Ward, the Central Business District, and many other neighborhoods, 2021 is going to be an exciting year for Complete Streets.

Get involved today to bring even more safety and less stress to New Orleans streets by signing up for Movement Monthly, Tuesday January 5th at 6pm!